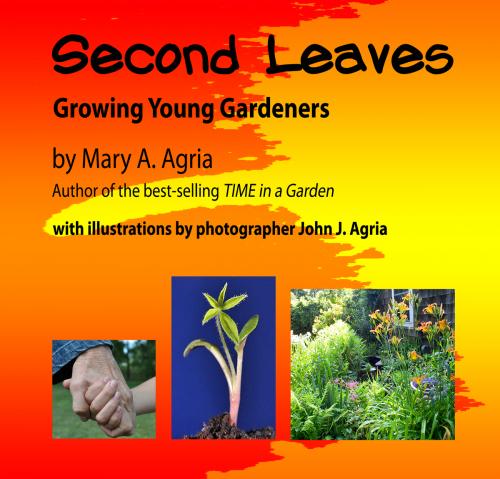 We are pleased to welcome local author Mary Agria back to the store this summer for a signing on Saturday, June 30th from 1-3 p.m. Mary will join us to sign copies of her first children's book, Second Leaves: Growing Young Gardeners. Second Leaves adapts some of the themes from her "Time in a Garden" series to a younger audience.

A deft fusion of storybook,  early reader and beginning botany book, SECOND LEAVES: GROWING YOUNG GARDENERS is a child’s view of gardening with an adult who cares about growing and them.  We all spend a lifetime searching for our “second leaves”. What better place than in a garden? 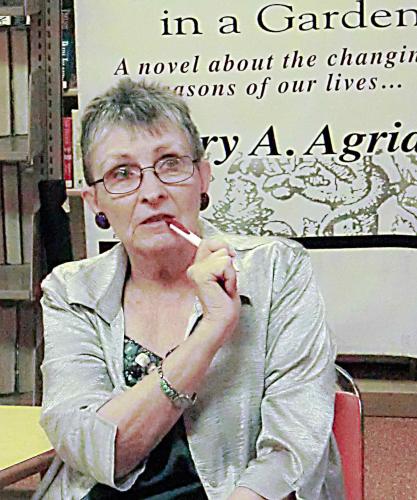 Mary Agria is an American writer who spent her early career as a journalist and non-fiction writer in the field of rural development and work force issues. Major inspiration—working as a high school and college intern on the same newspaper as Wisconsin writer Edna Ferber. In ‘retirement’ Mary began writing a series of novels that deal with community building and the issues facing older Americans, including finding meaning in one’s senior years, resolving parent-child relationships and facing the ultimate realities of change and loss that are part of the human experience. In 2006 her novel, Time in a Garden, appeared on best-seller fiction lists all over northern Michigan. She has written six novels (For Things Left Undone, 2001; Time in a Garden, 2006; Vox Humana: The Human Voice, 2007; In Transit, 2008; and Community of Scholars, 2009) and numerous non-fiction books, articles and texts. Her 2011 Garden of Eve is a sequel to the best-selling Time in a Garden—together the two kick off an extended LIFE IN THE GARDEN Series set in tiny rural Xenophon, Michigan.

Gardens are about growing and caring and learning new things every day. Gardening brings the generations together around the basic human instinct to grow. SECOND LEAVES, an unique introduction to gardens and gardening by Mary Agria, the best-selling author of TIME IN A GARDEN, is really three books in one. It is a storybook about gardens and growing for young children.

Time in a Garden (Paperback)

Laced with gardening tips, wit and wisdom, TIME IN A GARDEN is an inspiring story of emotional and spiritual growth...for gardeners of all ages, for mothers and daughters, and anyone struggling to bloom where they are planted.

Grief changes everything. Devastated by the loss of her beloved Adam, writer Eve Brennerman despairs of finding new ground upon which to rebuild her life. And then one wintery morning, Eve spots a rusty junker stranded outside the nursery she has inherited from Adam. Fate? Or coincidence? "Woman, Mother, Widow. All true and yet those words do not define me.