We are pleased to welcome James Beard Award nominee and New York Times Bestselling author Tracie McMillan to the store on Friday, August 23rd from 7:00 to 10:00 p.m. Tracie will join us for what we hope is the first of many farm to table dinners at Pond Hill Farm in Harbor Springs.  Join us for wine and hors d'oeuvres a three course dinner and dessert at the farm.  The cost of this event is $60.00 per person and reservations will be taken by Pond Hill.  To reserve your space, please contact Pond Hill at 231-526-3276.

Tracie will discuss her James Beard nominated work, The American Way of Eating: Undercover at Walmart, Applebee's Farm Fields and the Dinner Table while you enjoy the culinary stylings of executive chef Scott Schornak (trust us, there are few better than Scott and you will not be disappointed).  We will post the menu for the evening as soon as Chef Scott has it finalized. For more information about this event, please contact us at 231-347-1180 or send us an email, just remember that reservations are taken through the farm at the number above.

When award-winning (and working-class) journalist Tracie McMillan saw foodies swooning over $9 organic tomatoes, she couldn’t help but wonder: What about the rest of us? Why do working Americans eat the way we do? And what can we do to change it? To find out, McMillan went undercover in three jobs that feed America, living and eating off her wages in each. Reporting from California fields, a Walmart produce aisle outside of Detroit, and the kitchen of a New York City Applebee’s, McMillan examines the reality of our country’s food industry in this “clear and essential” (The Boston Globe) work of reportage. Chronicling her own experience and that of the 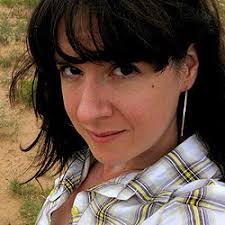 Mexican garlic crews, Midwestern produce managers, and Caribbean line cooks with whom she works, McMillan goes beyond the food on her plate to explore the national priorities that put it there.

Fearlessly reported and beautifully written, The American Way of Eating goes beyond statistics and culture wars to deliver a book that is fiercely honest, strikingly intelligent, and compulsively readable. In making the simple case that—city or country, rich or poor—everyone wants good food, McMillan guarantees that talking about dinner will never be the same again.

A working-class transplant from rural Michigan, Brooklyn-based writer Tracie McMillan has written about food and class for a variety of publications including, The New York Times; O, The Oprah Magazine; Harper’s Magazine; Saveur; and Slate. After putting herself through New York University, she began reporting and from 2001 to 2005 she was the managing editor of the award-winning magazine City Limits. There, she won recognition from organizations ranging from the James Beard Foundation to World Hunger Year.
Event date:
Friday, August 23, 2013 - 7:00pm to 10:00pm
Event address:
307 E Lake St.
49770 Petoskey
us

The New York Times bestselling work of undercover journalism in the tradition of Barbara Ehrenreich’s Nickel and Dimed that fully investigates our food system to explain what keeps Americans from eating well—and what we can do about it.