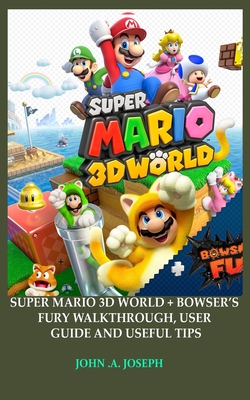 By John A. Joseph


Special Order
Cats are a type of little felines that show up in Bowser's Fury. They can be seen on the majority of the different islands creating Lake Lapcat. They exist in five distinct tones: green, red, blue, dark, and calico, each addressing the various shades of the Maneki-Neko (fortunate feline). The previous four additionally coordinate the Cat structure shades of the playable characters in Super Mario 3D World other than Mario: individually Luigi, Peach (in spite of the fact that utilizing a more profound shade of pink like Toadette's Cat structure), Toad, and Rosalina.Cats can be seen unwinding, prepping themselves, or playing with baseballs in different spots in Lake Lapcat. They are amicable and follow and tenderly snuggle Mario in the event that he is in his Cat structure. In the event that Mario approaches them in some other structure, notwithstanding, they become terrified and attempt to evade him. They can likewise be gotten and conveyed by Mario. While being conveyed, they will constantly scratch before them, which can obliterate Brick Blocks and actuate? Squares correspondingly to Cat Mario's scratch. In the event that a cat connects with water or magma, it will disappear and respawn in its unique area. On the off chance that Mario or Bowser Jr. assault a cat, it doesn't take harm, and confetti shows up all things being equal. Albeit the plain-shaded cats are not identified with any game level-headed, the calico little cats are missing posterity of calico feline guardians that should be gotten back to them for Cat Shines. There are nine little calico cats across Lake Lapcat: one close to the Lakeside Giga Bell, three are close to the Ruins Giga Bell, and five are also close to the Wasteland Giga Bell. Some are found near their parent, while others require Mario to convey them a significant stretch back. Subsequent to beating the game once, Cat Plessie gets ready to convey cats if Mario tosses them on top of it or mounts it while holding one, permitting them to venture out to various islands. In the game's closure, a blue, a pink, and a green little cat circle around Cat Mario. The blue cat cuddles Mario, and the little pink cat licks its paw. The three little cats and Mario at that point bounce high up. Barring calico cats, there are 41 little cats altogether, four are close to the base of Scamper Shores, four on a higher slope in a similar region, four out of a passage behind Fort Flaptrap, four are very close to the beacon of Pounce Bounce Isle, four are also close to the beacon on Roiling Roller Isle, four on Mount Magmeow, three at the highest point of Pipe Path Tower, and fourteen around the Wasteland Giga Bell. While Fury Bowser is dynamic, all cats become debased and assault Mario, paying little heed to his structure. On the off chance that Mario is holding a cat when Fury Bowser awakens, it will harm him and leave his grip. In the event that a cat is riding Plessie when Fury Bowser awakens, it will transport back to its unique area.HURRY NOW AND CLICK THE BUY BUTTON TO GET YOUR COPY.