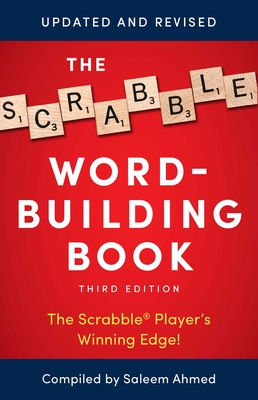 By Saleem Ahmed (Compiled by)


Usually Ships in 1-5 Days
The ultimate winner’s handbook for mastering Scrabble® and other word games—for players of all backgrounds and skill levels.

Become a master of Scrabble® with this essential guide to top-scoring game play. You’ll discover:

-Every word up to seven letters you can play

Keep this invaluable reference at your fingertips to increase your word-building power, achieve the highest score, settle word disputes, and win every game of Scrabble® you play.
Saleem Ahmed is a Scrabble® fanatic and the author of numerous books including The Scrabble® Word-Building Book, which has sold nearly a half a million copies. In 2018, he and his wife Carol (a.k.a. “Yasmin”) were recognized as the Most Outstanding Family in the Western USA by the Universal Peace Federation, in part due to their compiling of The Scrabble® Word-Building Book with the help of both of their daughters, Aisha and Seema. Born in India and raised in Pakistan, Saleem and Hawaii-born Yasmin now live in Honolulu.