A Star-Spangled Story: A Story Behind the Words of Our National Anthem (Paperback) 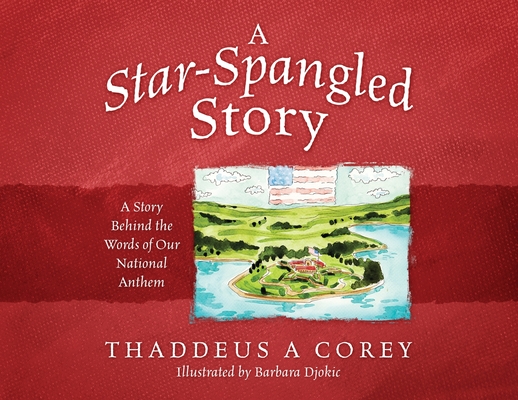 A Star-Spangled Story: A Story Behind the Words of Our National Anthem (Paperback)

By Thaddeus a. Corey

Wonderful fictional story based on the night Francis Scott Key was inspired to write the poem that would one day become the Star-Spangled Banner. Places the reader into the story to experience the events that inspired the words. It was a cold, dark night; no streetlights; only the flashes of light from the bombs bursting as the British Army tried to shoot down the huge 30-foot by 42-foot flag that was flying over Fort Mc Henry. The new Americans fought all night, it was the light of the new day that proved they won the battle. It was the glorious flag waving in the wind over Fort Mc Henry that gave proof that "Our Flag Was Still There"

Our flag is more than a piece of cloth waving in the wind. The Star-Spangled Banner is a symbol of hope and freedom for Americans and many throughout the world.

A beautiful story to be used by parents and teachers to encourage discussion about the powerful events on the night Francis Scott Key was so moved to write a poem about the battle he witnessed aboard a British Ship in 1814. Easy to read. Beautiful watercolor illustrations.