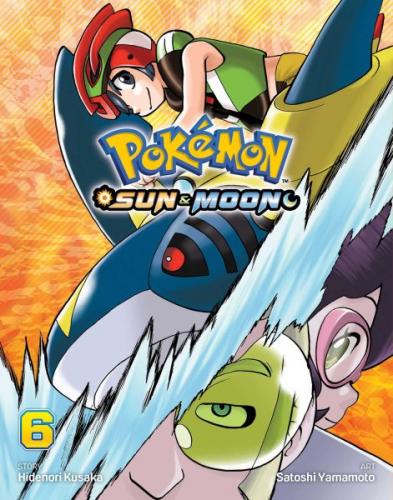 This is book number 6 in the Pokémon: Sun & Moon series.

Sun gets a new paying gig searching for Zygarde Cells dispersed throughout the Alola region. What makes them so valuable? Then he is drawn into an epic battle between a group of trial captains and mysterious entities known as Ultra Beasts, who are attacking the world through a rift in the sky!

Will Sun finally tell Moon why he’s so determined to earn a million dollars?
Hidenori Kusaka is the writer for VIZ Media’s Pokémon Adventures. Running continuously for over 20 years, Pokémon Adventures is the only manga series to completely cover all the Pokémon games and has become one of the most popular series of all time. Kusaka is currently working on the 14th story arc, Pokémon: Sun & Moon. In addition to writing manga, he also edits children’s books and plans mixed-media projects for Shogakukan’s children’s magazines. He uses the Pokémon Electrode as his author portrait.