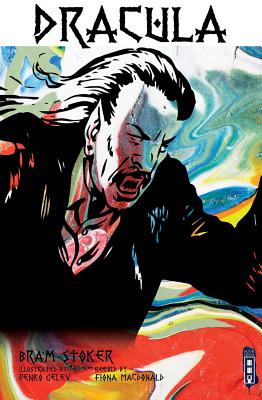 
Special Order
One of the first--and very best--vampire stories is now vividly illustrated and faithfully retold in graphic-novel form
When a terrifying, ghostly creature attacks Lucy Westenra, Dr. Van Helsing realizes that an ancient evil is at work. But will he and Lucy's friends have the courage to confront her killer--the bloodthirsty and powerful vampire Count Dracula? Bram Stoker's timeless horror story receives a fast-paced retelling in this gripping graphic novel.
Fiona Macdonald studied history at Cambridge University and at the University of East Anglia in England. She has taught in schools and colleges and has written numerous books for children, including others in the Graffex series. Penko Gelev graduated from the National Art School in Sofia, Bulgaria. He is a film and children's television producer, and also finds time to draw comics and illustrations.