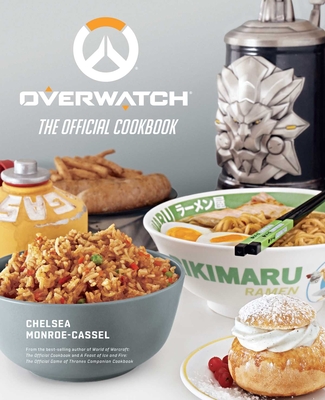 
Usually Ships in 1-5 Days
Cook up more than ninety recipes inspired by the heroes of Blizzard Entertainment’s hit game with Overwatch: The Official Cookbook.

Based on Blizzard Entertainment’s global phenomenon Overwatch, this official cookbook is packed with scores of authentic recipes inspired by the game’s diverse heroes hailing from all corners of the universe.

“The recipes are the real treat here...A lot are things you could work into your everyday meal rotation."
— The Geekiary