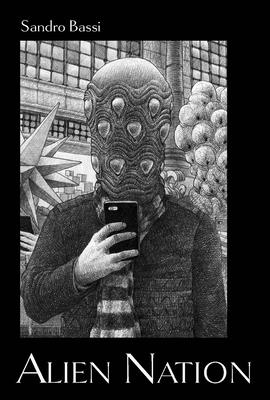 
Usually Ships in 1-5 Days
A wordless wonder of a picture book, reminiscent of David Wiesner and Chris Van Allsburg. An unforgettable subway ride in an alien world filled with truths of our own.
Sandro Bassi is an illustrator from Venezuela whose work was a 2019 Bologna Children's Book Fair Illustrator Show selection. Alien Nation is his first book.
“One part Shaun Tan, one part Chris Van Allsburg, one part 21st century ennui - this wordless story about isolation and connection in a technology-saturated world (notice the “alienation” title pun) is one of the most visually stunning books of the year.” -Travis Jonker, SLJ 100 Scope Notes


“This book is it. It’s unflinching in its assessment of human nature, and provides no hopeful ending.”-School Library Journal,