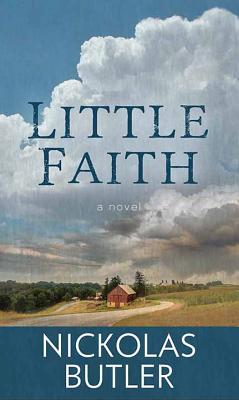 “I loved this story about friendship, family, and how faith influences life-changing decisions. Nickolas Butler beautifully captures the people, landscape, and seasons of northern Wisconsin over a 12-month period. The characters and their relationships to each other is what this book is really about. You will love or hate them, but you will feel part of this community when you finish.”
— Susan Murphy, Pages Bookshop, Detroit, MI

Lyle Hovde is at the onset of his golden years, living a mostly content life in rural Wisconsin with his wife, Peg, daughter, Shiloh, and six-year-old grandson, Isaac. After a troubled adolescence and subsequent estrangement from her parents, Shiloh has finally come home. But while Lyle is thrilled to have his whole family reunited, he's also uneasy: in Shiloh's absence, she has become deeply involved with an extremist church, and the devout pastor courting her is convinced Isaac has the spiritual ability to heal the sick.