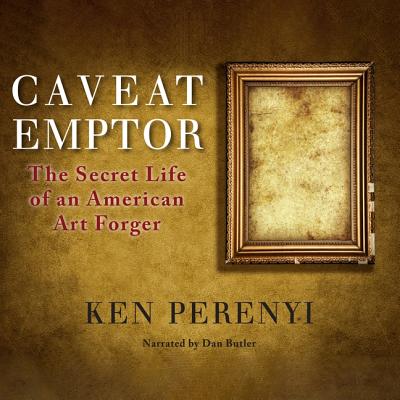 
Special Order
The true story of America's greatest art forger Ten years ago, an FBI investigation was about to expose a scandal in the art world that would have been front-page news in New York and London. After a trail of fake paintings of astonishing quality led federal agents to art dealers, renowned experts, and the major auction houses, the investigation inexplicably ended, despite an abundance of evidence collected. The case was closed and the FBI file was marked "exempt from public disclosure." Now that the statute of limitations on these crimes has expired and the case appears hermetically sealed shut by the FBI, this audiobook, Caveat Emptor, is that artist Ken Perenyi's confession. It is the story, in detail, of how he pulled it all off. Unlike other forgers, Perenyi produced no paper trail, no fake provenance whatsoever; he let the paintings speak for themselves. And that they did, routinely mesmerizing the experts in mere seconds.
Ken Perenyi was one of the world's greatest art forgers for more than thirty years, only barely eluding a heavy prison sentence at the end of his covert career. He currently runs an art gallery in St. Petersburg, Florida, where he still produces some of the most remarkable forgeries in the world.