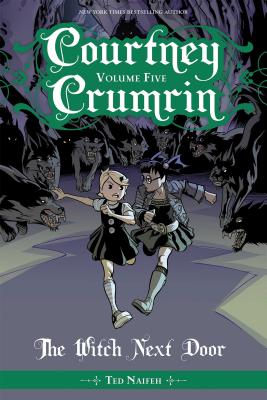 This is book number 5 in the Courtney Crumrin series.

Courtney Crumrin doesn't have many friends, and she prefers to keep it that way. But new girl Holly Hart is on her way to discovering the magical side of Hillsborough almost exactly like Courtney did—face-first and woefully unprepared. So Courtney takes the opportunity to show Holly the ropes—just like Uncle Aloysius did for her. But it turns out Holly doesn't want her help, because she knows the real Courtney Crumrin. The one the Night Things whisper about. The one the other kids are afraid of. Will Courtney be able to convince her that she's not the vengeful witch she appears to be? Or will Holly take matters—and magic—into her own hands?
Warren Wucinich is an illustrator, colorist, and part-time carny currently living in Dallas, TX. When not making comics he can usually be found watching old Twilight Zone episodes and eating large amounts of pie.