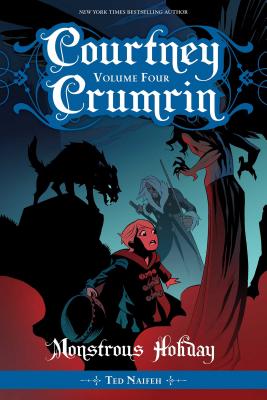 This is book number 4 in the Courtney Crumrin series.

Read the fourth book in the New York Times Bestselling series about magic, mayhem, and witchery!

Read the fourth book in the New York Times Bestselling series about magic, mayhem, and witchery! Budding witch Courtney Crumrin could use a break from Hillsborough's stifling magical society, and her uncle Aloysius has just the ticket—a relaxing trip across Europe. However, Courtney quickly learns that the forests of Romania and the streets of old Germany are teeming with magic, and she can't help wanting to learn more. Of course Uncle A tells her to mind her own business, but Courtney's never played by the rules, and neither, it seems, do the people she meets on her journey. But the most important lesson Courtney will learn is that love, trust, and loyalty are their own kind of magic—and they're more powerful than anything Courtney's seen yet.
Warren Wucinich is an illustrator, colorist, and part-time carny currently living in Dallas, TX. When not making comics he can usually be found watching old Twilight Zone episodes and eating large amounts of pie.