The Book of Cthulhu (Paperback) 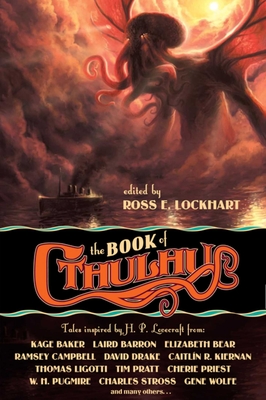 The Book of Cthulhu (Paperback)


Email or call for price
The Cthulhu Mythos is one of the 20th century's most singularly recognizable literary creations. Initially created by H. P. Lovecraft and a group of his amorphous contemporaries (the so-called "Lovecraft Circle"), The Cthulhu Mythos story cycle has taken on a convoluted, cyclopean life of its own. Some of the most prodigious writers of the 20th century, and some of the most astounding writers of the 21st century have planted their seeds in this fertile soil. The Book of Cthulhu harvests the weirdest and most corpulent crop of these modern mythos tales. From weird fiction masters to enigmatic rising stars, The Book of Cthulhu demonstrates how Mythos fiction has been a major cultural meme throughout the 20th century, and how this type of story is still salient, and terribly powerful today.

Skyhorse Publishing, under our Night Shade and Talos imprints, is proud to publish a broad range of titles for readers interested in science fiction (space opera, time travel, hard SF, alien invasion, near-future dystopia), fantasy (grimdark, sword and sorcery, contemporary urban fantasy, steampunk, alternative history), and horror (zombies, vampires, and the occult and supernatural), and much more. While not every title we publish becomes a New York Times bestseller, a national bestseller, or a Hugo or Nebula award-winner, we are committed to publishing quality books from a diverse group of authors.