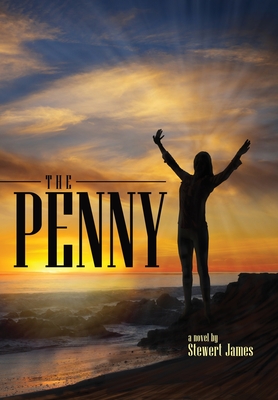 Elinor Louise "Penny" MacDonald grows up in Kansas City, Missouri, during the Great Depression. She lives a quiet existence, longing for travel and adventure. Near the end of World War II, she meets Air Force bombardier and pilot Frank McHenry. They wed, and Penny's quiet life changes dramatically.

They travel the United States and around the globe as Frank braves world conflicts and Penny battles loneliness. She meets Marta, June, and Sharon, and together they embark on a lifelong friendship calming one another's quiet fears while their husbands fight overseas.

Penny endures her own war with breast cancer. After she passes, her companions seize a penny placed near her ashes. Little do they know, this penny has a history connecting two families yet to meet. Through it all, Sam-Penny and Frank's lost daughter-looks for a life of tranquility and happiness after growing up surrounded by turmoil. The Penny is a masterful compilation of true stories involving the families of author Stewert James and his wife. This saga creates an epic generational journey from the Great Depression through World War II, Korea, the Cold War, and Vietnam.

Stewert James is the author of the bestselling SuperPAC Trilogy. He spent forty-two years in healthcare as a practitioner, executive, and lobbyist. For six years prior to retirement, he worked with adults of the Greatest Generation and heard their stories of life, happiness, and survival. He and his wife live in Petoskey, Michigan. This is his sixth book.