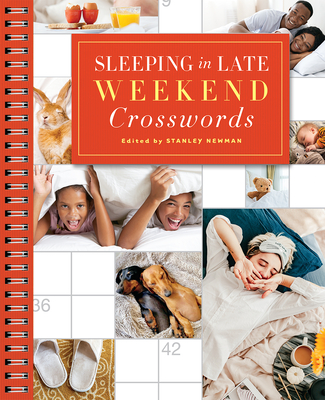 
Coming Soon - Available for Pre-Order Now
Go ahead and hit the snooze alarm ... these medium-hard Sunday-sized crosswords will be waiting for you whenever you're ready
If you've got a sharp pencil and a sharp mind, you will love delving into these super Sunday-sized crosswords. They originally appeared in the Long Island newspaper Newsday, were crafted by an all-star lineup of constructors, and have been edited by puzzle expert Stanley Newman. Each puzzle features a creative theme, and every clue has been vetted for accuracy. Also, beneath each answer grid are some fun facts, which shed a little light on select answers.

Stanley Newman, crossword editor for the Long Island newspaper Newsday, is syndicated worldwide to more than 200 daily, Sunday, and Internet newspapers. His puzzles have appeared regularly in Prevention, People, Sport, and Business Weekmagazines. Newman is the author or editor of more than 200 books and has organized and conducted many puzzle and trivia events in the United States, including four seminars at the Smithsonian Institution and, in 2007, the first crossword tournament ever held at Yale University. He lives in NY with his wife and has three grown children.