Timeline of the War on Terror (Americans at War: A Gareth Stevens Timeline) (Library Binding) 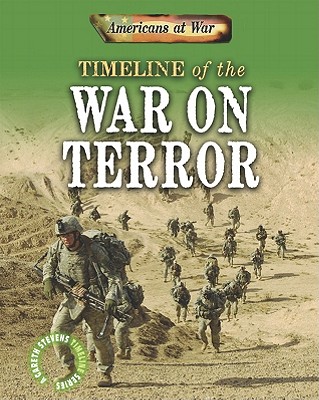 Timeline of the War on Terror (Americans at War: A Gareth Stevens Timeline) (Library Binding)


Special Order
The war on terror is a war that is far-reaching in its scope and complex in its tactics. Readers discover the worldwide efforts in fighting terrorism, including the action focused on the caves of Afghanistan, and operations by intelligence agencies of Europe and America. They see the chain of causes and effects connected to the terrorist attacks of 9/11 as well as the battles being fought around the world to ensure that another attack of that magnitude does not occur. With the help of both general and chapter-specific timelines, readers learn the details behind the major events that have shaped this global conflict. Striking photographs show firsthand the impact of the war on terror in America and abroad.