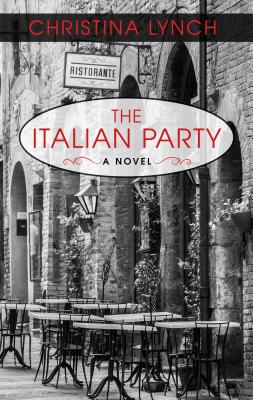 “Chris Pavone's The Expats meets Amor Towles' A Gentleman in Moscow in this delightful novel. Scottie and Michael Messina are newlyweds when they arrive in Italy in April of 1956, where Michael is supposed to head up a new division of Ford. There is so much unknown between any typical pair of newlyweds, but Michael and Scottie harbor deeper secrets from each other, among them Michael's true occupation as a spy for the American government. Lynch evokes the period of the 1950s - Betty Crocker, Wonder Bread, and an entrenched distrust of Communism - in a story that froths with gossip and is sweetened by intrigue, stirred with the complex history of Italian and American relations. Delicious and positively drinkable.”
— Becky Petterson, Bloomsbury Books, Ashland, OR

Newly married, Scottie and Michael are seduced by Tuscany's famous beauty. But the secrets they are keeping from each other force them beneath the splendid surface to a more complex view of Italy, America and each other. When Scottie's Italian teacher ― a teenager with secrets of his own ― disappears, her search for him leads her to discover other, darker truths about herself, her husband and her country.

Christina Lynch's picaresque journey includes chapters in Chicago and at Harvard, where she was an editor on the Harvard Lampoon. She was the Milan correspondent for W magazine and Women's Wear Daily, and disappeared for four years in Tuscany. In L.A. she was on the writing staff of Unhappily Ever After; Encore, Encore; The Dead Zone and Wildfire. She now lives in the foothills of the Sierra Nevada. She is the co-author of two novels under the pen name Magnus Flyte. She teaches at College of the Sequoias. The Italian Party is her debut novel under her own name.