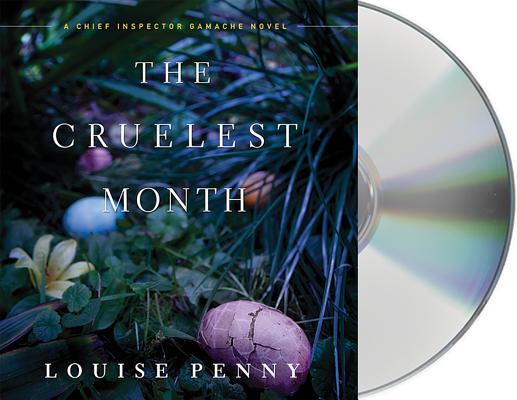 This is book number 3 in the Chief Inspector Gamache Novel series.

"Many mystery buffs have credited Louise Penny with the revival of the type of traditional murder mystery made famous by Agatha Christie ... " -Sarah Weinman

Welcome to Three Pines, where the cruelest month is about to deliver on its threat.

It's spring in the tiny, forgotten village; buds are on the trees and the first flowers are struggling through the newly thawed earth. But not everything is meant to return to life. . .

When some villagers decide to celebrate Easter with a séance at the Old Hadley House, they are hoping to rid the town of its evil---until one of their party dies of fright. Was this a natural death, or was the victim somehow helped along?

Brilliant, compassionate Chief Inspector Armand Gamache of the Sûreté du Québec is called to investigate, in a case that will force him to face his own ghosts as well as those of a seemingly idyllic town where relationships are far more dangerous than they seem.