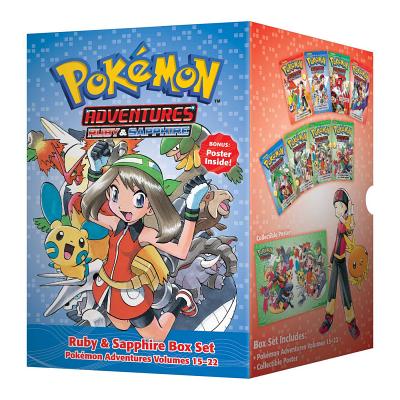 Ruby’s father Norman is the new Gym Leader of Petalburg City. But Ruby doesn’t want to follow in his father’s footsteps—he wants to win Pokémon Contests! Sapphire’s father Professor Birch is the local Pokémon researcher. But Sapphire is tired of gathering scientific data—she wants to win Pokémon Battles! When Ruby and Sapphire meet, they’re more likely to hit each other than hit it off. But then Sapphire challenges Ruby to a competition! Which of them will achieve their dreams in just eighty days?!
Hidenori Kusaka is the writer for VIZ Media’s Pokémon Adventures. Running continuously for over 20 years, Pokémon Adventures is the only manga series to completely cover all the Pokémon games and has become one of the most popular series of all time. Kusaka is currently working on the 14th story arc, Pokémon: Sun & Moon. In addition to writing manga, he also edits children’s books and plans mixed-media projects for Shogakukan’s children’s magazines. He uses the Pokémon Electrode as his author portrait.