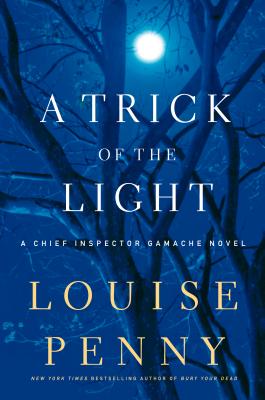 “I love character-driven suspense novels with a strong sense of place, and Penny's series featuring Chief Inspector Armand Gamache and set in the magical world of Three Pines, Quebec, fits that bill. In A Trick of the Light, artist Clara Morrow's celebration of her first major exhibition in Montreal is followed by the discovery of a murdered woman's body in her garden. The subtle shadings of Penny's characters and the twists of the plot make this tale a work of art in its own right. Highly recommended!”
— Carol Schneck, Schuler Books & Music, Okemos, MI

""Penny has been compared to Agatha Christie but] it sells her short. Her characters are too rich, her grasp of nuance and human psychology too firm...." --"Booklist "(starred review)
""Hearts are broken," Lillian Dyson carefully underlined in a book. "Sweet relationships are dead."
But now Lillian herself is dead. Found among the bleeding hearts and lilacs of Clara Morrow's garden in Three Pines, shattering the celebrations of Clara's solo show at the famed Musee in Montreal. Chief Inspector Gamache, the head of homicide at the Surete du Quebec, is called to the tiny Quebec village and there he finds the art world gathered, and with it a world of shading and nuance, a world of shadow and light. Where nothing is as it seems. Behind every smile there lurks a sneer. Inside every sweet relationship there hides a broken heart. And even when facts are slowly exposed, it is no longer clear to Gamache and his team if what they've found is the truth, or simply a trick of the light.