The Nature of the Beast: A Chief Inspector Gamache Novel (Hardcover) 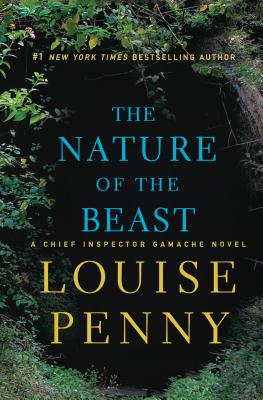 The Nature of the Beast: A Chief Inspector Gamache Novel (Hardcover)

This is book number 11 in the Chief Inspector Gamache Novel series.

The Nature of the Beast is a New York Times bestselling Chief Inspector Gamache novel from Louise Penny.

Armand Gamache, the former head of homicide for the Sûreté du Québec, must face the possibility that, in not believing the boy, he himself played a terrible part in what happens next.

“Louise Penny is unsurpassed at building a sense of heart-stopping urgency. Sometimes the stakes are personal: a marriage, a character's sanity. Sometimes the threat is to the village, a culture or even to the province of Quebec. This time Penny manages to create a threat that could truly be worldwide, and to place its future in the hands of our friends in Three Pines.” —Salem Macknee, The News & Observer

“[M]agical....[T]he perfect reminder of the dark side of human nature, but that side does not always win out. Penny is an expert at pulling away the surface of her characters to expose their deeper-and often ugly-layers, always doing so with a direct but compassionate hand.” —Kirkus Reviews (starred) on THE NATURE OF THE BEAST

“A strong sense of place, a multilayered plot, and well-crafted (and for Penny's fans, familiar) characters combine for a thoughtful, intriguing tale. More than a simple mystery, Penny's novel peels away the emotional and psychological layers of the inhabitants of Three Pines.” —Library Journal, (starred) on THE NATURE OF THE BEAST

“Three Pines again proves no refuge in Penny's stellar [The Nature of the Beast]...fans will delight in [her] continued complex fleshing out of characters they have come to love.” —Publishers Weekly (starred)

“[A] compelling mystery that leads to an exciting but tantalizingly open-ended finale.” —Booklist on NATURE OF THE BEAST