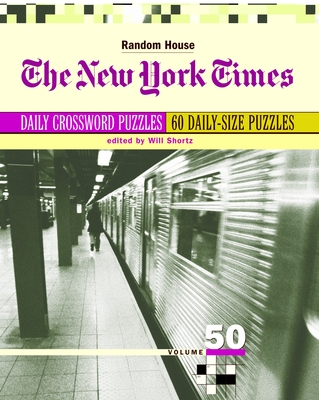 ·100 daily-size puzzles from the pages of the New York Times
·Known for their wit and intelligence
·Recognized as the standard by which all other puzzles are measured
·Representing the work of some of the nation’s finest constructors
WILL SHORTZ has been the crossword editor of The New York Times since 1993 and the puzzlemaster on NPR's Weekend Edition Sunday since the show began in 1987. In 1978 he founded the American Crossword Tournament, which he still directs, and in 1992 he co-founded the World Puzzle Federation, of which he is the chairman. He is the author of The Puzzlemaster Presents, Volumes 1 and 2.