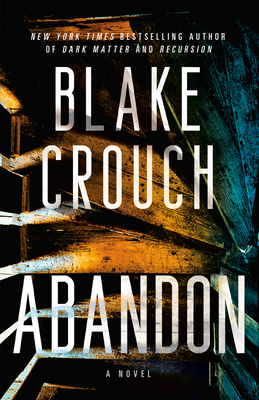 
On Our Shelves Now
A century-old mystery—and a desperate battle to survive—unfold in this standalone thriller from the New York Times bestselling author of Dark Matter and Recursion.

On Christmas Day in 1893, every man, woman, and child in a remote mining town disappeared, belongings forsaken, meals left to freeze in vacant cabins, and not a single bone found.

Now, journalist Abigail Foster and her historian father have set out to explore the long-abandoned town and learn what happened. With them are two backcountry guides—along with a psychic and a paranormal photographer who are there to investigate rumors that the town is haunted.

But Abigail and her companions are about to learn that the town’s ghosts are the least of their worries. Twenty miles from civilization, with a blizzard bearing down, they realize they are not alone.

The ordeal that follows will test this small team past the breaking point as they battle the elements and human foes alike—and discover that the town’s secrets still have the power to kill.

Blake Crouch is a bestselling novelist and screenwriter. His novels include Upgrade, Recursion, Dark Matter, and the Wayward Pines trilogy, which was adapted into a television series for FOX. Crouch also co-created the TNT show Good Behavior, based on his Letty Dobesh novellas. He lives in Colorado.