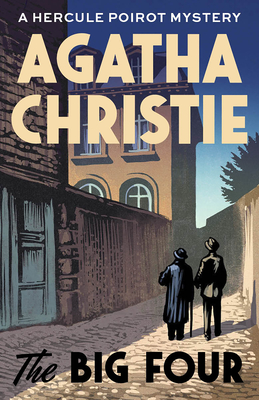 Agatha Christie’s beloved detective Hercule Poirot takes on an international gang of super-criminals and introduces the world to his identical twin, Achille Poirot.

When a series of apparently unconnected murders attract the attention of Hercule Poirot, one small detail stands out: the mysterious recurrence of the number four. Poirot travels from London to Paris and from Belgium to Italy, solving one mystery after another but always remaining a step behind the shadowy foursome he suspects are responsible. A final daring confrontation puts the eccentric detective’s life on the line—until his twin brother, Achille Poirot, comes to the rescue.

A VINTAGE CLASSIC MYSTERY
AGATHA CHRISTIE (1890–1976) was born in Devon, England. She wrote more than 70 books and 150 short stories, as well as works for stage and screen. Her novel And Then There Were None is considered the world's bestselling mystery novel, and her play The Mousetrap is the longest-running play in London theater history.