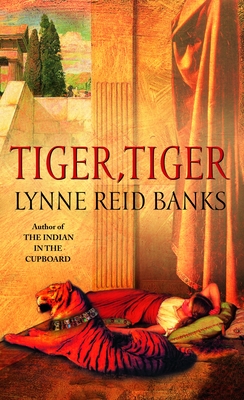 By Lynne Reid Banks
List Price: $6.99
Our Price: $5.99
(Save: $1.00 14%)
Special Order
Two tiger cub brothers are town from the jungle and taken to Rome. The stronger cub is trained as a killer at the Coliseum. Emperor Caesar makes a gift of the smaller cub to his beautiful daughter, Aurelia. She adores her cub, Boots, and Julius, a young animal keeper, teaches her how to earn the tiger's trust. Boots is pampered while his brother, known as Brute, lives in a cold and dark cage, let out only to kill. Caesar trusts Julius to watch Aurelia and her prized pet. But when a prank backfires, Boots temporarily escapes and Julius must pay with his life. Thousands watch as Julius is sent unarmed into the arena to face the killer Brute.
Lynne Reid Banks is the bestselling author of many popular books for children and adults. She lives in Dorset, England.
“…[a] gripping, tantalizing examination of power, sacrifice, and mercy.”
- Publishers Weekly, starred