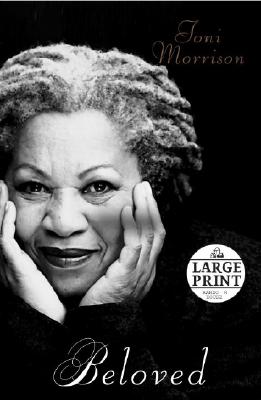 Toni Morrison's magnificent Pulitzer Prize-winning novel--first published in 1987--brought the unimaginable experience of slavery into the literature of our time and into our comprehension. Set in post-Civil War Ohio, it is the story of Sethe, an escaped slave who has risked her life in order to wrench herself from a living death; who has lost a husband and buried a child; who has borne the unthinkable and not gone mad. Sethe, who now lives in a small house on the edge of town with her daughter, Denver, her mother-in-law, Baby Suggs, and a disturbing, mesmerizing apparition who calls herself Beloved.

Sethe works at "beating back the past," but it makes itself heard and felt incessantly: in her memory; in Denver's fear of the world outside the house; in the sadness that consumes Baby Suggs; in the arrival of Paul D, a fellow former slave; and, most powerfully, in Beloved, whose childhood belongs to the hideous logic of slavery and who has now come from the "place over there" to claim retribution for what she lost and for what was taken from her. Sethe's struggle to keep Beloved from gaining possession of her present--and to throw off the long-dark legacy of her past--is at the center of this spellbinding novel. But it also moves beyond its particulars, combining imagination and the vision of legend with the unassailable truths of history.
Upon the original publication of Beloved, John Leonard wrote in the Los Angeles Times: "I can't imagine American literature without it." In fact, more than a decade later, it remains a preeminent novel of our time, speaking with timeless clarity and power to our experience as a nation with a past of both abominable and ennobling circumstance.

Toni Morrison was born in Ohio and is a graduate of Howard University and Cornell University. She has worked in publishing and taught at various colleges and universities, including Yale, Rutgers, and SUNY Albany as the Schweitzer Chair. She is currently Robert F. Goheen Professor at Princeton. She was the recipient of the 1993 Nobel Prize for Literature. "From the Hardcover edition."

“Brilliant. . . . Resonates from past to present.” —San Francisco Chronicle

“A brutally powerful, mesmerizing story. . . . Read it and tremble.” —People

“Toni Morrison is not just an important contemporary novelist but a major figure in our national literature.” —New York Review of Books

“A work of genuine force. . . . Beautifully written.” —The Washington Post

“There is something great in Beloved: a play of human voices, consciously exalted, perversely stressed, yet holding true. It gets you.” —The New Yorker

“A magnificent heroine . . . a glorious book.” —The Baltimore Sun

“Superb. . . . A profound and shattering story that carries the weight of history. . . . Exquisitely told.” —Cosmopolitan

“Compelling . . . . Morrison shakes that brilliant kaleidoscope of hers again, and the story of pain, endurance, poetry and power she is born to tell comes right out.” —The Village Voice

“A book worth many rereadings.” —Glamour

“In her most probing novel, Toni Morrison has demonstrated once again the stunning powers that place her in the first ranks of our living novelists.” —St. Louis Post-Dispatch