Blood of Elves (The Witcher #3) (Paperback) 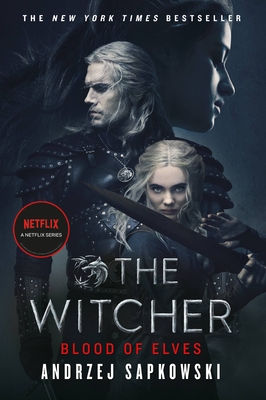 Blood of Elves (The Witcher #3) (Paperback)

This is book number 3 in the The Witcher series.

Andrzej Sapkowski, winner of the World Fantasy Award for Life Achievement, created an international phenomenon with his groundbreaking epic fantasy series, The Witcher. Blood of Elves is the first novel in the saga that inspired the Netflix show and the hit video games.

For over a century, humans, dwarves, gnomes, and elves have lived together in relative peace. But times have changed, the uneasy peace is over, and now the races are fighting once again. The only good elf, it seems, is a dead elf.

Geralt of Rivia, the cunning hunter known as the Witcher, has been waiting for the birth of a prophesied child. This child has the power to change the world—for good or for evil.

As the threat of war hangs over the land and the child is hunted for her extraordinary powers, it will become Geralt's responsibility to protect them all. And the Witcher never accepts defeat.

Translated from original Polish by Danusia Stok
Andrzej Sapkowski is the author of the Witcher series and the Hussite Trilogy. He was born in 1948 in Poland and studied economics and business, but the success of his fantasy cycle about Geralt of Rivia turned him into an international bestselling writer. Geralt’s story has inspired the hit Netflix show and multiple video games, has been translated into thirty-seven languages, and has sold millions of copies worldwide.
"This is a series you can sink your teeth into."—BuzzFeed News

"Like Mieville and Gaiman, [Sapkowski] takes the old and makes it new ... fresh take on genre fantasy."—Foundation