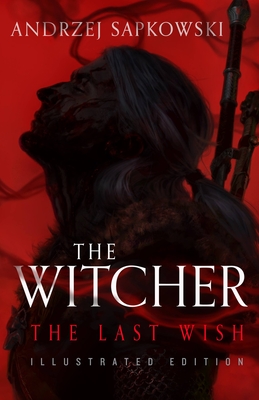 Andrzej Sapkowski’s The Last Wish introduced the world to the iconic monster hunter Geralt of Rivia; his beloved ward and the prophesied savior of the world, Ciri; and his ally and true love, the powerful sorceress Yennefer—and they took the world by storm. Now, experience the world of the Witcher like never before with this stunning deluxe hardcover edition of the story collection that started it all, featuring a beautiful new cover and eight gorgeous interior illustrations by a range of award-winning artists.

Geralt is a Witcher, a man whose magic powers, enhanced by long training and a mysterious elixir, have made him a brilliant fighter and a merciless hunter.

Yet he is no ordinary killer. Both revered and hated, he seeks out the vile fiends that ravage the land and attack the innocent, holding the line against the monsters that plague the world.

Hussite trilogy
The Tower of Fools
Warriors of God

Andrzej Sapkowski was born in 1948 in Poland. He studied economy and business, but the success of his fantasy cycle about the Witcher Geralt of Rivia turned him into an international bestselling writer. Geralt’s story has inspired a hit Netflix show and video games, has been translated into thirty-seven languages, and has sold millions of copies worldwide.

"This is a series you can sink your teeth into."—BuzzFeed News