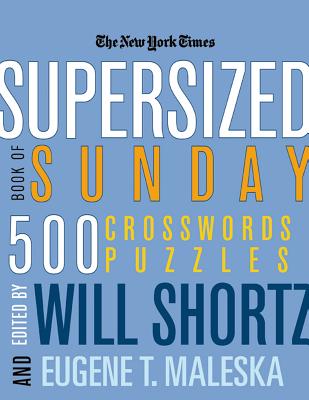 500 puzzles; the biggest collection of Sunday crosswords (the Times' most popular) EVER. Everything about the New York Times Supersized Book of Sunday Crosswords is, well, supersized. At one hour per puzzle (that's pretty fast!), eight hours of solving per day, it would still take two months of solid solving to finish this book.

Eugene T. Maleska was crossword puzzle editor of The New York Times from 1977 until his death in 1993. Only the third ever editor of the Times crossword, Maleska was a renowned classicist and teacher as well.