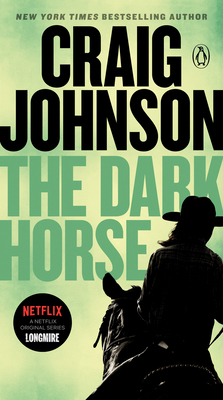 This is book number 5 in the A Longmire Mystery series.

“Mary Barsad is accused of having shot her husband six times as partial retribution for his setting fire to their barn and killing her horses. But Sheriff Walt Longmire is not convinced she did it, and he sets off to see if he's right. Craig Johnson's latest is another winner in this compelling western mystery series.”
— Sue Tank, Paulina Springs Books, Sisters, OR

Wade Barsad, a man with a dubious past and a gift for making enemies, burned his wife Mary's horses in their barn; in retribution, she shot him in the head six times, or so the story goes. But Sheriff Walt Longmire doesn't believe Mary's confession and is determined to dig deeper. Unpinning his star to pose as an insurance investigator, Walt visits the Barsad ranch and discovers that everyone in town--including a beautiful Guetemalan bartender and a rancher with a taste for liquor--had a reason for wanting Wade dead.

Craig Johnson has a background in law enforcement and education. He lives in Ucross, Wyoming, population 25.
Praise for Craig Johnson and the Walt Longmire Mystery Series