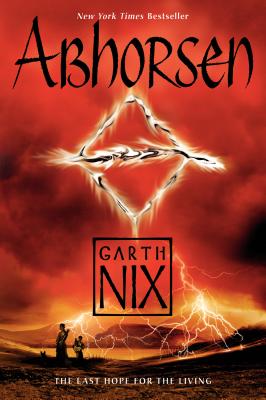 In the final book in the Old Kingdom trilogy, master of fantasy and globally bestselling author Garth Nix returns to the fantastic world of Sabriel for an unforgettable conclusion. "Breathtaking, bittersweet, and utterly unforgettable.” *

After centuries in captivity, the Destroyer is nearly free.

Beneath the earth, a malignant force lies waiting, greedy for freedom from its ancient prison. As the Old Kingdom falls once more into a realm of darkness and terror, the people look desperately to the Abhorsen, the scourge of the Dead, to save them. Yet Abhorsen Sabriel is lost, missing in Ancelstierre.

Only Lirael has any chance of stopping the Destroyer. With her companions Sameth, Mogget and the Disreputable Dog, she travels across the Old Kingdom in a race against time, battling Shadow Hands and dark necromancers to reach Ancelstierre before it is too late. But what hope can one young woman have against a terrible evil with the power to destroy life itself?

“Terror, courage, bitterness, love, desperation, and sacrifice all swirl together in an apocalyptic climax that pits both Life and Death together against the destruction of everything."  —Kirkus*

“A riveting conclusion to a powerful fantasy.” — Locus

“At once an allegory regarding war and peace and a testament to friendship, this is thought-provoking fantasy.” — Publishers Weekly (starred review)

“A brilliant mix of subtlety and tension, darkness and light. Nix’s Old Kingdom is a world as fully realized as Narnia or Cittagazze.” — VOYA

“More than three hundred pages of breathless chases, near escapes, and intense confrontations. Nix’s intricately imagined fantasy world is peopled by complex players worthy of both their dramatic backdrops and their moral dilemmas.” — Bulletin of the Center for Children's Books

“What makes Lirael a delight is the magic that Nix brings to his story and to his characters.” — Locus

“The action charges along at a gallop-a page turner for sure.” — ALA Booklist (starred review)

“Sabriel is a winner, a fantasy that reads like realism. Here is a world with the same solidity and four dimensional authority as our own, created with invention, clarity, and intelligence. I congratulate Garth Nix. And I look forward to reading his next piece of work.” — Philip Pullman