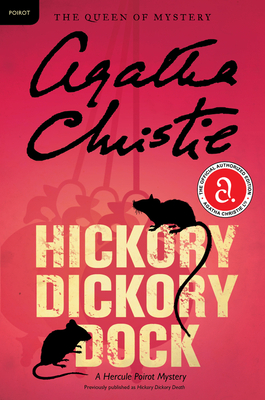 This is book number 30 in the Hercule Poirot Mysteries series.

In this exclusive authorized edition from the Queen of Mystery, a most unusual series of crimes at a student hostel intrigues Inspector Hercule Poirot, especially when a simple case of kleptomania paves the way to murder.

Hercule Poirot doesn’t need all his detective skills to realize something is troubling his secretary, Miss Lemon—she has made three mistakes in a simple letter. It seems an outbreak of kleptomania at the student hostel in which her sister works is distracting his usually efficient assistant.

Deciding that desperate times call for desperate measures, the great detective agrees to investigate. Unknown to Poirot, however, desperation is a motive he shares with a killer. . . .

“When it comes to fiendish plotting, there’s nobody to compare with Agatha Christie.” — Peter Robinson, New York Times bestselling author of the Inspector Banks novels

“The Christie fan of longest standing, who thinks he knows every one of her tricks, will still be surprised by some of the twists here.” — New York Times

“The characters are as good as ever and there is plenty of entertainment.” — Times Literary Supplement (London)